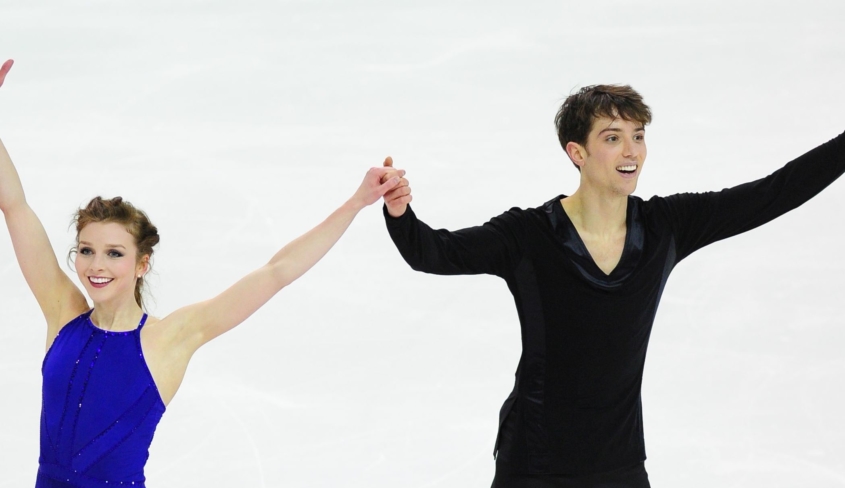 OTTAWA, ON: Six-time national team members Alexandra Paul, 25, Midhurst, Ont., and Mitchell Islam, 26, Barrie, Ont., have decided to retire from competitive figure skating. The ice dance duo have been staples on the Canadian dance scene for over eight seasons. Paul and Islam represented Canada at the highest level of competition, competing at the 2014 Olympic Winter Games in Sochi, Russia and at the world championships in 2014 and 2015.

“Skating has given me so many amazing life experiences, friendships, and opportunities I will never forget. I would like to thank our families, Skate Canada, COS, and our fans for always supporting our dreams and helping to make them a reality,” said Paul. “It is with sadness that we leave the sport that we love, but we look ahead with open arms to whatever the future may hold.”

Islam added, “It has been an absolute privilege competing around the world wearing the Canadian flag. We are so grateful for the unwavering support we’ve received from Skate Canada, COS, our fans and our families. We’d like to thank the incredible people we were fortunate enough to work with in Montreal, Michigan and Barrie. Skating taught us lessons that will serve us for the rest of our lives and given us experiences and friendships we will cherish forever. We leave the competitive side of the sport with nothing but joy and excitement for the future.”

Paul and Islam teamed up in 2009 and found success at the 2010 national championships, winning the junior ice dance title. They went on to win the silver medal the ISU World Junior Figure Skating Championships that same year.

“Alex and Mitch have been prominent members of our national team for many years. They have represented Canada proudly on the international stage and have been great ambassadors for the sport,” said Mike Slipchuk, High Performance Director, Skate Canada. “We wish Alex and Mitch the best of luck with their future endeavors.”

Paul and Islam are returning to Michigan in January to finish their degrees, they are both majoring in political science and both have plans to continue their education with post-graduate studies. They will stay involved with skating by helping out with the ice dance program in Mariposa School of Skating in Barrie, Ont.