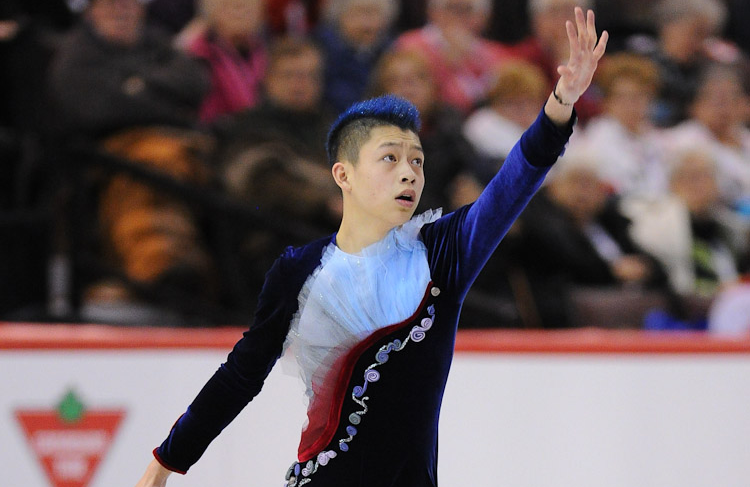 Boyang Jin of China took the men’s gold with 220.77 points, Alexander Petrov of Russia was second at 216.33 and his compatriot Dmitri Aliev was third at 185.84.

Kan, in only his second career Junior Grand Prix, was third after Thursday’s short program, but dropped to sixth with the 10th best free skate at 162.52. He delivered an inconsistent performance particularly in the second half of the program. Kan was 12th at his only other Junior Grand Prix appearance in 2012.

Mitchell Gordon of Vancouver did the complete opposite climbing from 13th after the short to seventh overall at 161.85 with an uplifting number to Irish music. It was the fifth best long program and he landed six of his seven triple jumps.

In ice dancing, Brianna Delmaestro of Port Moody, B.C., and Timothy Lum of Burnaby, B.C., are in second spot after the short dance at 49.14. Daria Morozova and Mikhail Zhirnov of Russia are slightly ahead at 49.80.

Canadian novice champions Valerie Taillefer and Jason Chan of Montreal, in their international debut, are ninth.

The free dance and women’s free skate are on Saturday.